You can download the Workstation 7 RC build here Release Build here and see the full features list, I can confirm it installed perfectly on my Windows 7 Ultimate x64 machine.

(Screenshot from RC build, see above link for RTM build)

Some new features include official support for Windows 7 *with Aero support!* (shown below) 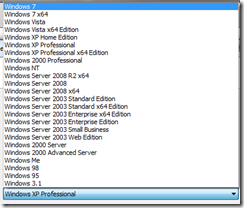 And best of all – it now provides "official support for ESX as a guest VM under Workstation (my previous posts on workarounds for Workstation 6.5  here) 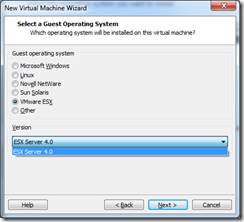 As an aside I’m running Windows 7 on a machine with a 64-bit SSD hard drive, I’m hoping to make use of the linked clone functionality to save disk space as I often run VM’s which are built from a common base OS template (see this post here for more info on how I’ve managed linked images in the past)– performance so far has been great both for host and guest as I/O doesn’t get as bogged down as it does with traditional spindle based disks.

**UPDATE: ah, the perils of the scheduled post – as this article went live the final RTM build of Workstation 7 has been released, I’ve updated the links in this post**

VMWare, VMWare Workstation 6.5, Windows 7
← Getting access to VMworld content if you couldn’t make it in person iSCSI LUN is very slow/no longer visible from vSphere host →